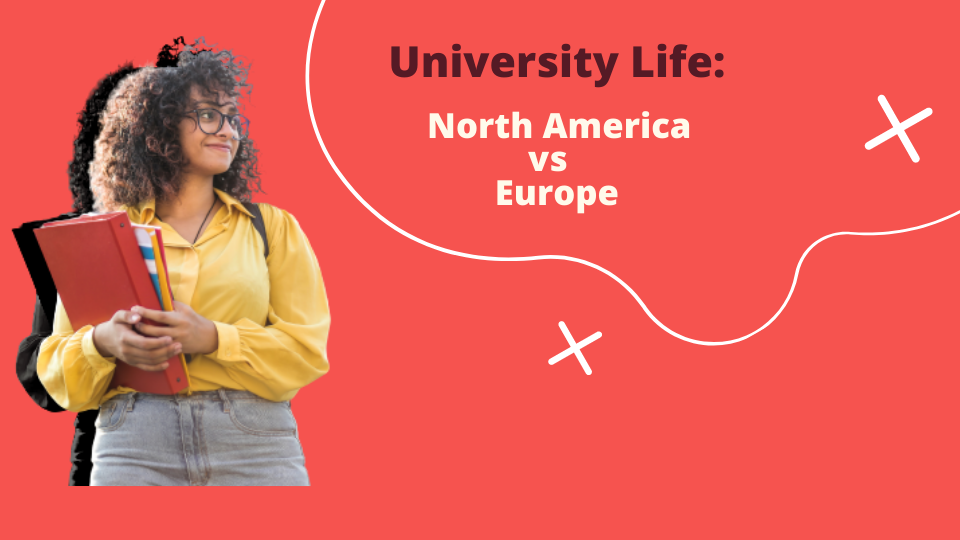 Deciding between studying abroad or staying in your home country is already a big step in anyone's life. However, it is only the beginning of a long process. The variety of options available only make it harder for prospective students to make a choice.

Many students tend to gravitate towards North America or Europe when choosing a destination, as they are home to some of the most prestigious and reputable universities in the world.

One might think that Universities around the world function in a similar way. And, while this is partly true, there are some big differences across the globe when it comes to higher education institutions.

Are you a prospective student who is unsure about what choice to make? Do you work in higher education and are curious to learn about what's being done differently on the other side of the pond? Let us help!

Today, we want to go over the major differences we have noticed between North American and European universities:

In North American universities, various departments may be interconnected to offer a wider and more interdisciplinary scope of education. Whereas, in European Universities, the courses are structured more independently, so the opportunities to choose from a broad variety of paths within the same study are limited. The difference in course structure is one of the considerations for many students because of how diverse or restricted it can be.

European universities focus more on examinations and attendance, while American universities comparatively have a more relaxed approach, which gives students more time to explore other interests and opportunities.

North American admission process is highly competitive. Even more so when attempting to access an Ivy League university, where admission rates drop as low as 9%. It can also be hard to access certain European universities, however, the odds are definitely higher.

The "dorm" concept is widely spread across North American Universities, European universities are also picking up on this, but many students still have to find housing outside of campus.

We recognize that both European and North American universities have their pros and cons. We can't say one is better than the other, but we think that identifying the differences in Higher Education around the world can help institutions realize what things they can improve to offer their students a rich experience in which they will flourish and develop into adults.

Explore our other blog posts